De la Dragos Marinoiu aprilie 22, 2016
William Shakespeare was baptized on April 26, 1564, in Stratford-upon-Avon, England. From roughly 1594 onward he was an important member of the Lord Chamberlain’s Men company of theatrical players. Written records give little indication of the way in which Shakespeare’s professional life molded his artistry. All that can be deduced is that over the course of 20 years, Shakespeare wrote plays that capture the complete range of human emotion and conflict. William Shakespeare's early plays were written in the conventional style of the day, with elaborate metaphors and rhetorical phrases that didn't always align naturally with the story's plot or characters. 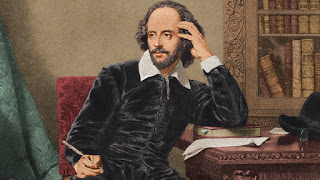 However, Shakespeare was very innovative, adapting the traditional style to his own purposes and creating a freer flow of words. With only small degrees of variation, Shakespeare primarily used a metrical pattern consisting of lines of unrhymed iambic pentameter, or blank verse, to compose his plays. At the same time, there are passages in all the plays that deviate from this and use forms of poetry or simple prose.

Early Works: Histories and Comedies
With the exception of Romeo and Juliet, William Shakespeare's first plays were mostly histories written in the early 1590s. Richard II, Henry VI (parts 1, 2 and 3) and Henry V dramatize the destructive results of weak or corrupt rulers, and have been interpreted by drama historians as Shakespeare's way of justifying the origins of the Tudor Dynasty. Shakespeare also wrote several comedies during his early period: the witty romance A Midsummer Night's Dream, the romantic Merchant of Venice, the wit and wordplay of Much Ado About Nothing, the charming As You Like It and Twelfth Night. Other plays, possibly written before 1600, include Titus Andronicus, The Comedy of Errors, The Taming of the Shrew and The Two Gentlemen of Verona.

Later Works: Tragedies and Tragicomedies
It was in William Shakespeare's later period, after 1600, that he wrote the tragedies Hamlet, King Lear, Othello and Macbeth. In these, Shakespeare's characters present vivid impressions of human temperament that are timeless and universal. Possibly the best known of these plays is Hamlet, which explores betrayal, retribution, incest and moral failure. These moral failures often drive the twists and turns of Shakespeare's plots, destroying the hero and those he loves. In William Shakespeare's final period, he wrote several tragicomedies. Among these are Cymbeline, The Winter's Tale and The Tempest. Though graver in tone than the comedies, they are not the dark tragedies of King Lear or Macbeth because they end with reconciliation and forgiveness.

What seems to be true is that William Shakespeare was a respected man of the dramatic arts who wrote plays and acted in some in the late 16th and early 17th centuries. But his reputation as a dramatic genius wasn't recognized until the 19th century. Beginning with the Romantic period of the early 1800s and continuing through the Victorian period, acclaim and reverence for William Shakespeare and his work reached its height. In the 20th century, new movements in scholarship and performance have rediscovered and adopted his works.
Today, his plays are highly popular and constantly studied and reinterpreted in performances with diverse cultural and political contexts. The genius of Shakespeare's characters and plots are that they present real human beings in a wide range of emotions and conflicts that transcend their origins in Elizabethan England. 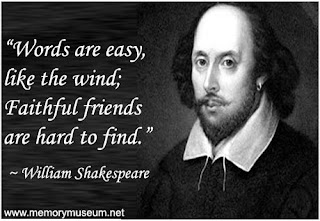